As many of you know, KELY Support Group was founded in 1991. Did you know the rationale behind the establishment of this youth organisation? And why KELY was named KELY? It’s all about a teenage girl, Samantha Martin, who successfully managed her alcohol problem and was eager to support her peers having the same issues as her 30 years ago. Read through the stories of Samantha and Barry Grindod, the former SCMP reporter, you will get the answer! 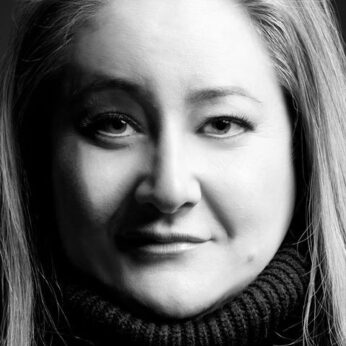 30 years ago, I watched as people around me died from addiction, and I responded in the best way I knew how. On any given night, I would be in a park where drug addicts were known to hang out, sent out by concerned parents to find their missing kids and help them detox. And once a week, I hosted an informal meeting in my living room for more than a dozen strangers, a mishmash of young people from all walks of life in Hong Kong, who shared one thing in common: a struggle with addiction.

The issue of addiction is personal for me. Growing up, I had watched my father struggle with heroin addiction. Even though it wasn't obvious from the outside, I saw the impact on him and our family, but we didn't know how to help him. Later, when I was a teenager, I started drinking to self-medicate. I found it to be very numbing and it made me forget about things going on in my own world.

When my drinking spiraled out of control, my family sent me to a rehabilitation center in the U.S. I was the only teenager there - everyone else was much older than I was, so it was hard to relate. I was only meant to be there for four weeks, but ended up staying an additional three weeks, because my story was less extreme than the adults in the programme, and they didn't think I was being honest about my experience.

After I went back to Hong Kong, I came across an article in the South China Morning Post about heroin overdoses amongst expat youth. It was great that he was highlighting this major problem, but there was a disconnect, because I knew from my own experience that there wasn't any support specifically for young people and that drug use was such a taboo subject that kids were scared to ask for help. I contacted the reporter, Barry Grindod, to share my own story.

In February 1991, my story was published in the SCMP under the pseudonym "Kelly". The response was overwhelming. Barry and I received calls from young people who had nowhere else to turn, from family members who were burdened with the shame of a loved one's struggle with addiction, and from parents desperate to help their children.

I was barely 20 years old when I organised weekly "Kelly support group" meetings. It was a safe space - those who came didn't feel judged or preached to. I started it as something to save kids that I saw were drowning. For a lot of them, it was a lifeline. Soon, I was also getting requests from schools inviting me to speak to their students. It wasn't a drug class, it was an authentic sharing from someone who had been through it, so the students felt safe.

As more and more people contacted us for help over the first few months, we knew that we would have to formalise our group. We became officially incorporated as a nonprofit organisation, KELY Support Group (an acronym for Kids Everywhere Like You). Since then, KELY has grown and evolved to meet the needs for each new generation, but the heart of it is still the same. Looking back, the story of KELY is so simple to me. The story of KELY is about a girl named Kelly who cared a lot about the city that she lived in and the people who were dying from addiction.

As a lifelong journalist, I can say that a journalist's most important asset is his contacts. In January 1991, I was working as a journalist for the South China Morning Post, when a police contact reached out to me with a tip about a spike in heroin overdoses amongst expat youth. He asked if I would write an article about it to help raise awareness about the issue and hopefully deter young people from the dangers of drug use.

Almost immediately after the article was published, I started receiving calls from parents of addicts looking for help, teenagers who saw their peers struggle with drugs, and from young addicts themselves. The response was so tremendous that my editor agreed to run a weeklong series called "Drug Watch" to highlight the different perspectives of those touched by the drug crisis. One of the people who reached out to me was a young woman who had become addicted to alcohol at 15 years old. She shared her story (under the pseudonym of "Kelly") of addiction and recovery, hoping that it would resonate with other young people who were struggling, but didn't want to confide in their parents or teachers. The article referred students to a peer support group at Kelly's home.

Drug Watch was only meant to run for a week, but I ended up writing more than 150 articles over nine months. Because of this, people who were impacted by the drug epidemic would reach out to me - some wanted to share their story, and some just needed to talk. Word passed from teenager to teenager - here was somebody who could be trusted, who would not inform the police or the school and, most importantly, would lend a sympathetic ear to what they had to say.

30 years later, I can honestly say that the Drug Watch column is one of my biggest achievements as a journalist. We exposed the widespread nature of drug use in Hong Kong and established very quickly that no family in Hong Kong could afford to be complacent. We also helped to expose drug-pushing schemes and highlight particularly lethal strains of heroin being used on the streets. I will never forget the individuals I came across, like the young addict who shared his dreams of one day becoming a journalist. I told him not to wait, to "start now" by writing a story about his experience. I didn't think anything would come of it, but a few days later, I received a story from him and we printed it in the SCMP!

Because of my work, I became close to the KELY team in those early days. Through Drug Watch, I helped to publicise information about the peer support meetings and and later the hotline. I also personally referred any young addicts I met to KELY. A few months after that first article, KELY needed startup cash to transition from a volunteer group to a professional organisation, so I wrote an article to help drum up support in the community.

I'm very proud of what we achieved, what KELY achieved. The work that KELY did saved lives and helped a lot of people. Drug Watch had its moment and it did a load of good. KELY, on the other hand, stood the test of time.